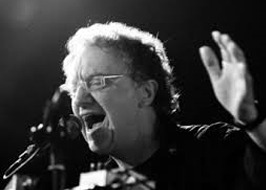 In a special addition to our Friday night series to celebrate his birthday we welcome back Bournemouth born Zoot Money with his Big Roll Band.

Bournemouth-born George “Zoot” Money is now regarded as an R&B legend. Inspired by the musicality and showmanship of Ray Charles and Jerry Lee Lewis Zoot formed the first incarnation of the Big Roll Band in 1961. He soon graduated from the Downstairs Club, Bournemouth to the Flamingo, Soho. During a varied and illustrious career Zoot Money has collaborated with Eric Burdon and Alan Price (Animals), Andy Summers (later, The Police), Peter Green (Fleetwood Mac) and Steve Marriot (Small Faces). And his Big Roll Band has continued to roll on, performing regularly at The Bull’s Head, Barnes and festivals and R&B package tours throughout Europe. This will be a special homecoming performance and you can expect plenty of banter, some hilarious anecdotes and some no-nonsense blues.

Bookings are closed for this event.